A common practice at our local shelter is for folks to tie a dog to the shelter’s gate while closed. This is very dangerous as it leaves the dog vulnerable and unable to defend itself from the coyote that live in the surrounding desert. A few weeks ago the staff arrived one morning to find a sweet, well-mannered senior Doberman. There was a message on the answering machine telling them his name was Noah. Noah had obviously been taken care of as he was in good shape, was well trained and very sociable both with people and other dogs.

Contact was made with a Doberman rescue here in southern California and arrangements were made so that Noah could live at the sanctuary after being neutered to take care of an enlarged prostate. Travel plans were made to meet a representative from the rescue at a dog park midway between us. Neil, of Committed Canines and I headed off this past Tuesday, Noah in the backseat. Noah was an excellent traveler, watching the scenery as we drove the 90 miles.

At the dog park Noah we allowed to play while waiting for the rep to arrive. This dog had a blast running around, sniffing and enjoying the interaction with Neil and I. There were also lots of treats and a ‘picnic’ lunch of kibble. Because of a bridge fire the rescue rep was running late so we enjoyed our extra time with this sweetheart. 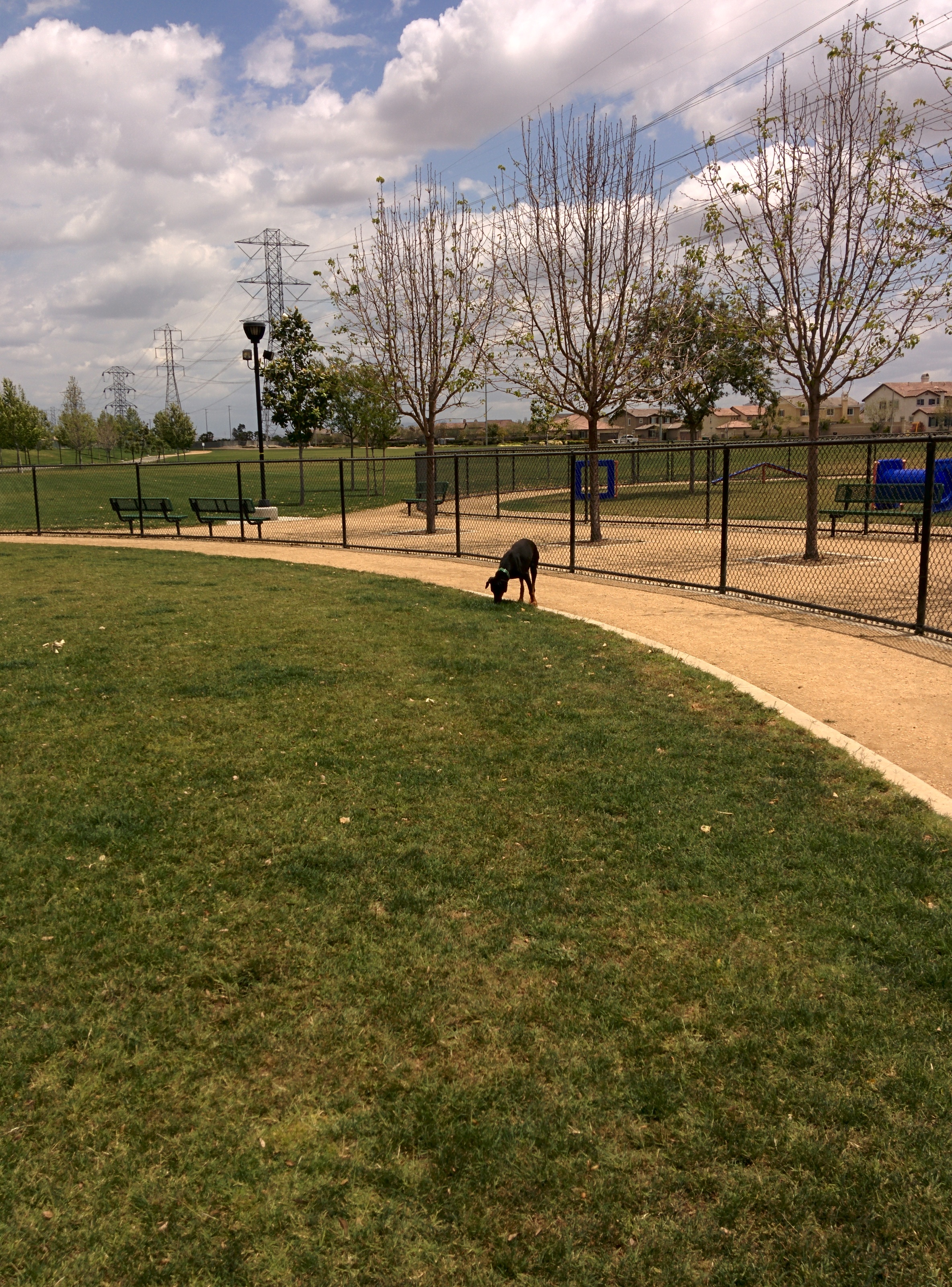 Checking out the grass at the dog park

All too soon it was time to say goodbye to Noah as he left for his forever home, a 6 1/2 acre sanctuary where he would be free to roam and play all day and sleep inside at night. 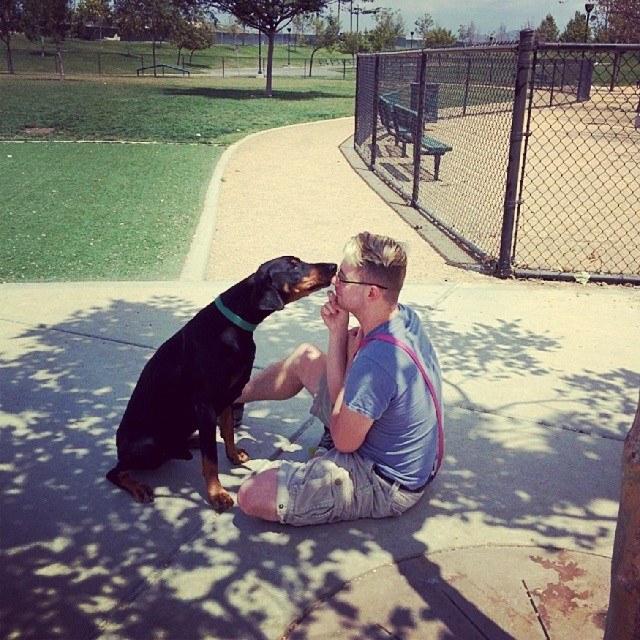 I plan to be involved in a lot more happily-ever-after endings.

May 2, 2014 Administrator All About Me, Side Dishes

Hubby’s schedule changed recently. He’s now working three 12-hour days along with his callback schedule. This schedule change has really impacted our lives in several ways. Because he no longer will be working an 40 hour week his pay is reduced. Because he is working longer days he is eating dinner much later. I need to come up with meals that are lighter and that can “hold” from the time I eat around 5 to when he eats around 8.

This week’s menu included turkey sloppy joes with baked potato salad. I made the turkey Sloppy Joes using the same recipe as beef, substituting ground turkey for the ground beef.

The baked potato salad is a recipe I spent several years trying to perfect. My first taste of this salad was from a little grocery store up the street from us when hubby was stationed in Bremerton Washington. After relocating cross country I tried to replicate it, just going by memory (and no internet to search back then).

It wasn’t until I tried a 50/50 split of mayo and sour cream that I had a winner. And if I have roasted garlic I will add that to kick it up another notch. 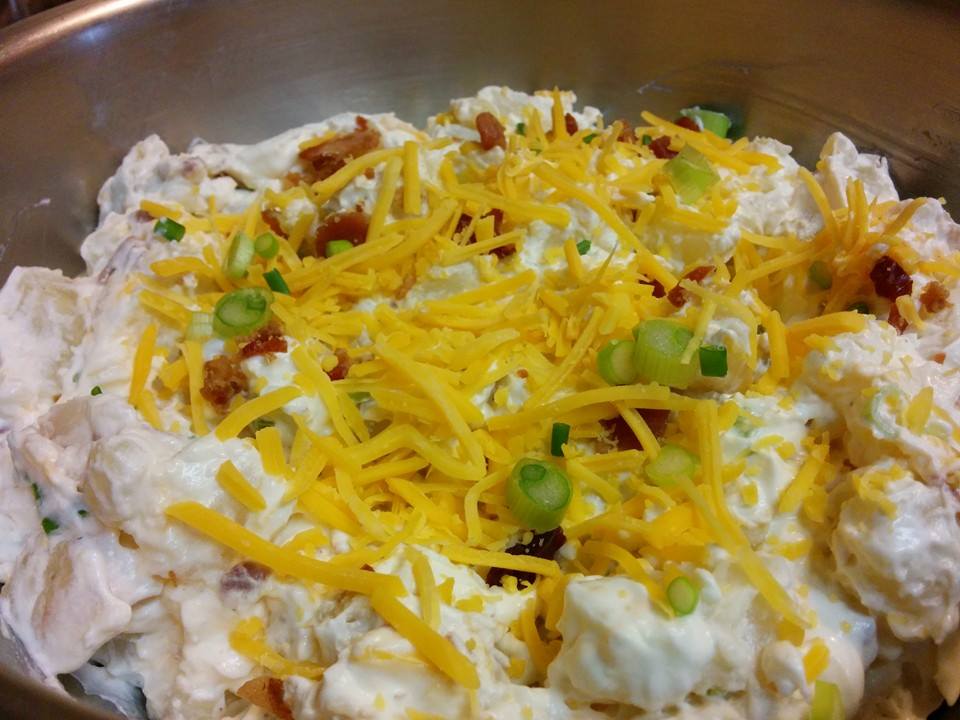 For the potatoes:
Wash and dry the potatoes, then rub potatoes with olive oil and season with salt. Bake in a 350 degree oven until done. Remove from oven, let cool and dice in 1-inch chunks. Set aside.

For the dressing:
In a large bowl, mix together bacon, scallions, cheddar cheese, sour cream and mayonnaise. Mix in potato chunks and season cracked black pepper and salt.